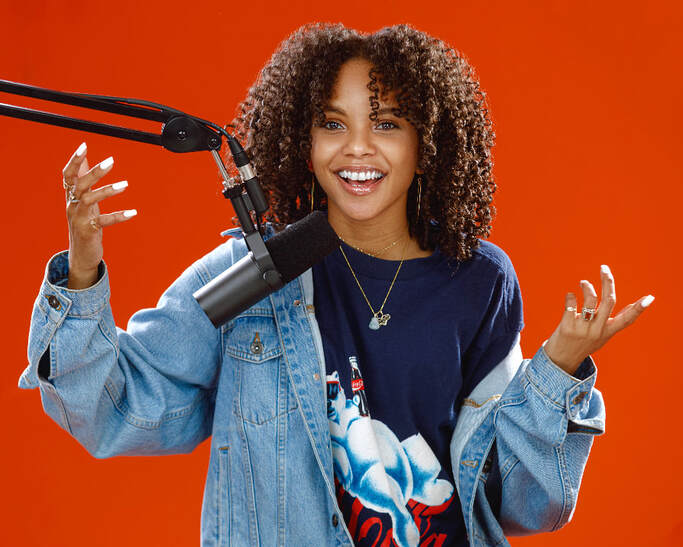 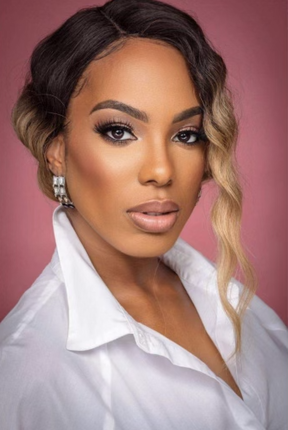 Jonaé Charlene Helem is an American actress, artist, and model. She became the first Ms. Ethiopia World International to be crowned and Queen of the Crowned's Model of the Year, currently reigning in 2022. Sprinting toward her purpose, Jonaé Charlene made her mark as a model, leader, songwriter, and actress. Though the Ms. Ethiopia World International title helped kick-start her career, the journey did not come easy. She had to take extended vacations from her passions to recover from domestically violent adversities. However, she bounced back from challenge and controversy to leadership and limitless possibilities and pursued successful music and acting career.

Her debut album, “Kingdom,” is set to release in February 2023, followed by eight more studio albums, each of which received commercial success.

As an actress also, Jonaé Charlene enjoyed success on stage and screen. For her portrayal of Jax Wright in the 2015 soap-opera “Archives of the Heart,” Jonaé Charlene received SAG-AFTRA credits and prestigious mentions on Internet Movie Database. 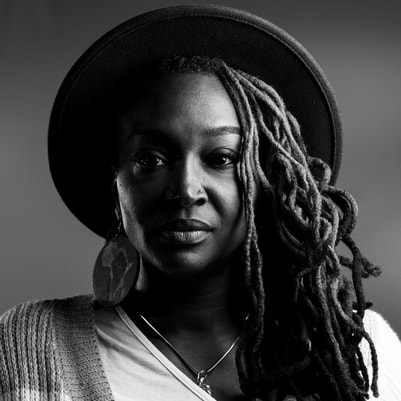 Pi-Anir (Pronounced Pioneer), the Poet, is a “transplant’s, transplant.” A Spoken word artist, Advocate, and Author from Chicago’s Westside, by way of Ft. Lauderdale, FL.

A uniquely vast Poet whose life of adversity is the prelude to her most extraordinary stories.

As a youth mentor and teaching artist Pi-Anir has developed creative writing and artistic programs to expose at-risk teens to poetry in a non-traditional sense. Her self-published work: “To the Goddess in my Garden; A book of poetry and self-reflection.” is a part of her “Poetry with a purpose” mindset. Pi-Anir believes that art saves lives and is passionate about spreading awareness through creativity about issues that affect the community.

Her Poetic body of work includes a host of local venues across the US and International Performances in Iceland and Amsterdam. Pi-Anir has opened for such artists as Sunni Patterson and Maimouna Youssef (Mumu Fresh).

She now calls Maryland in the D(M)V area home, where she is currently the host of Sound Off, a monthly open mic series that encourages artists of all genres to let their voices be heard. In addition, Pi-Anir has partnered with organizations that support mental illness, sexual assault, and endangered children to continue her mentoring and advocacy work.

Fleetwood DeVille is an emcee, producer, and community advocate, based in Washington, D.C., via St. Louis. His music fuses hip-hop, soul, funk, jazz, rock, and gospel to form a 1 of 1 blend that he has coined the Existential Mack sound. 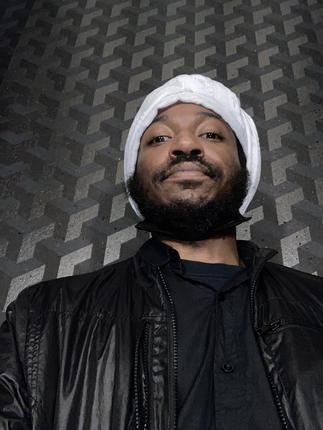 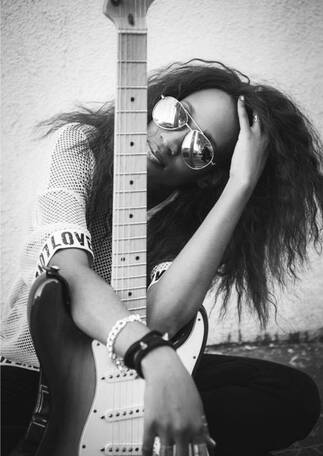 Nessa Dove is a passionate Guitarist/Singer/Producer. She is breaking through the music industry gates with her single, "Nitelight" and popular releases "Stay Strong", "All the Same" and "Light it Up". Her sweet, raw and unconventional sound spews out a delicious Pop/Rnb Alternative sound. Nessa writes, arranges, and co-produces her music, in addition to playing a mean guitar! In her music, you may hear virtuosic guitar riffs, licks, and solos while she pulls you in with sweet melodies and catchy hooks.

​Nessa has performed at legendary venues along the Sunset Strip in Los Angeles, legendary venues in New York City, Washington D.C and Baltimore. She has been a finalist in notable songwriting competitions and received press and raving reviews for her singles "Light it Up", "Sugar Sugar" and "Stay Strong"

​Dove has no limits. She strives to break Musical boundaries bringing all along for the journey. She wants her listeners to break free from the fears and stigmas that divide and separate us and the limits we put on ourselves to stay small. She will "FLY" as the homeless man told her to do, while she busked in a New York City Subway one night, and was forever changed. Music connects, transcends, and inspires. Nessa intends to soar free, tapping into the most creative and pure places within herself. Join the flock, experience the Bliss.

​In 2020, Dove was inspired to create The Stay Strong Movement. This movement was born to inspire hope, courage and strength during the challenging times of 2020 and beyond. The movement continues to grow and evolve.
DJ Artis 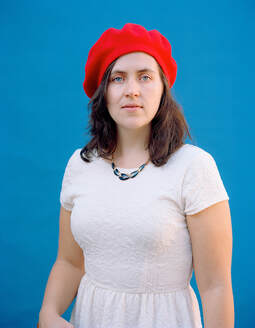 Amy K Bormet is a pianist, vocalist, and composer, known for her fearless free-wheeling style and dedication to creating new music. To collaborate with and celebrate women musicians, she started the annual Washington Women in Jazz Festival in 2011, directing, financing, and performing in an annual festival and women-focused events throughout the year in the DC area. She has formed several ensembles to perform and record her compositions. Los Angeles-based quintet, AmyAna, co-led with Brazilian drummer Ana Barreiro, released their debut album in 2019, and will perform an east coast tour in October 2021. The Harold Trio, an instant composition ensemble with Tina Raymond, drums and Biggi Vinkeloe, saxophone/flute, released their second album, Open Secrets, in 2019. Her quintet, Ephemera, a project of women’s poetry and improvisation, performed a two-week tour of Sweden. Amy’s recordings are available through Strange Woman Records, which she co-owns with guitarist/producer and husband Dr. Matt Dievendorf. As an educator and a mentor, Amy K Bormet amplifies her performance tours with outreach masterclasses and workshops, recently at the Thailand International Jazz Conference (Mahidol University, January 2020) and Los Angeles City College (February 2020). She is a teaching artist, collaborating with the Kennedy Center’s newest programming at the REACH to present and perform with her all-women trio “the future of jazz is female” for middle school students. She continues to serve as a mentor, teaching at the summer program for the Washington Jazz Arts Institute, where she has participated since she was a high school student at Duke Ellington School of the Arts. She received her Jazz Studies Piano Performance BFA from the University of Michigan, where she serves on the alumni board of the School of Music, Theatre, and Dance. Inspired by her University of Michigan professor Geri Allen, Amy went to Howard University, and graduated with a MFA in Jazz Studies.
&amo (Andamo Ford)
&amo is a Hip Hop recording artist from Fayetteville, North Carolina. His very versatility, smooth delivery, and witty punchlines gives a gritty but agreeable vibe to ever song he touches. Growing up with a heavy mid 90s influence, &amo has a flow that most describe as a perfect mix of old school vibes over the sounds of today. After attending the DCMS in recent years, &amo is HONORED to grace the stage at this year’s Summit. 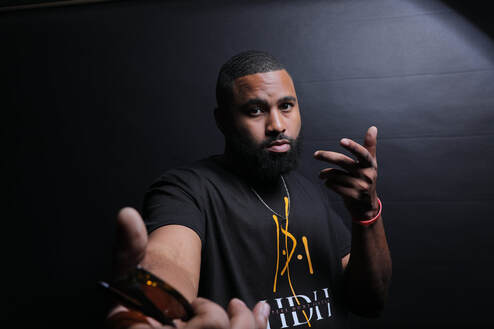 Tbarbs
Okumura
Featured artists on various video game OSTs such as No More Heroes III & Paradise Killer, Okumura creates a sound that resonates with all types of people from different backgrounds and cultures. 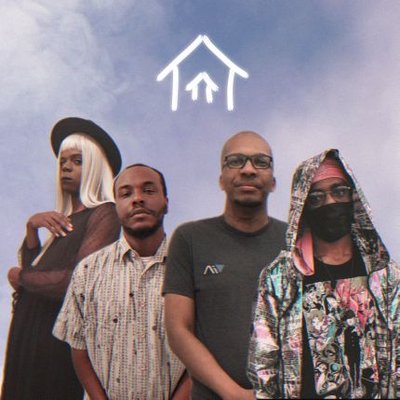 Juan Carlos Mendez
Juan Carlos Mendez is a Guatemalan musician in the DMV area. I’ve been in the States for the last 5 years. I have a love for the music mayan folklore blend with jazz and Latin music! I recorded my first album one year ago! 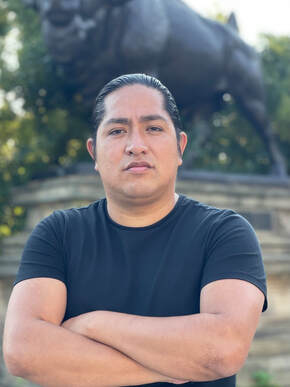